Make the child really yours: How to correct simulated birth 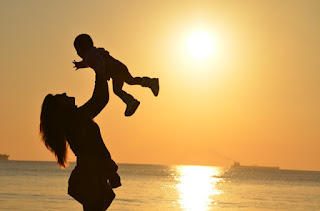 
Zara and Zaldy have been married for 10 years. They long for a child, and consulted many doctors. Despite work-ups, they have not been successful. Their cousin Lala, a single mom with three children, got pregnant by her current boyfriend. After giving birth to a baby boy, she worked immediately. As a result, she had to leave the child to the care of her neighbor.

When Zara and Zaldy got wind of this, they decided to visit the baby often. Observing how neglected the child had become, they talked to Lala who agreed that they can take the child and raise him as their own.

SIMULATION OF BIRTH IS A CRIME

Zara and Zaldy committed a crime called “simulation of birth”. If convicted, they can be imprisoned for up to 6 years and 1 day up to 12 years with a Php1,000 fine.

The Revised Penal Code of the Philippines prescribes this penalty upon the persons who committed the crime. The same penalty applies to the doctor, surgeon or public officer who participated. In addition, they can be disqualified for a time from practising their profession, office or calling.

Couples like Zara and Zaldy may now do the right thing by availing of the benefits of a new law, Republic Act No. 11222. This is the “Simulated Birth Rectification Act” dated February 21, 2019.

This law grants amnesty to those who committed simulation of birth subject to conditions. It also allows couples to legalize the status and filiation of their child. Filiation means “the fact of being the child of a certain parent.”

Finally, the law also allows couples to legally adopt the child by filing a petition with the Social Welfare Development Officer (SWDO) of their city or municipality. The Secretary of the Department of Social Welfare and Development (DSWD) is authorized to approve the application. There is no need to go to court for this. This is why the proceeding is known as administrative adoption.


CONDITIONS TO AVAIL OF THIS LAW

A couple may avail of the benefits of this law if they are able to prove these five conditions:

1. Simulation of birth was done for best interest of child.
2. The child has been living with the applicants as of March 2016, which is 3 years before the law took effect.
3. The adopters consistently considered and treated the child as their own son or daughter.
4. The petition for adoption with application for rectification is filed within 10 years from effectivity, or until March 2029.
5. The adopters have secured from the DSWD a certificate declaring the child legally available for adoption.


QUALIFICATIONS TO ADOPT UNDER THIS LAW

1. Filipino citizens
2. Legal age
3. Good moral character
4. Full civil capacity and legal rights
5. Not convicted of crime involving moral turpitude (such as murder or estafa)
6. Emotionally and psychologically capable of caring for children
7. In a position to support and care for the child in keeping with the means of the family


MAY A FOREIGNER ADOPT UNDER THIS LAW?

Yes, as long as he/she is married to a Filipino, and has been residing in the Philippines for at least 3 continuous years before filing the application for rectification and petition for adoption.


WHO SHOULD GIVE WRITTEN CONSENT TO THE ADOPTION?


WHERE DO YOU APPLY FOR ADOPTION?

In the city or municipality where the child resides. Specifically, file your petition for adoption and rectification at the Office of the Social Welfare and Development Officer.


WHO WILL ISSUE THE ADOPTION ORDER?


WHAT IS THE EFFECT OF THE ADOPTION ORDER?

The order will make the child the adopter’s own. The child will have all the rights of a legitimate child under the law, in relation to the adopter.

The order will also direct the Local Civil Registrar to issue the proper birth certificate to the child after cancelling the simulated one.


HOW LONG WILL THE PROCESS TAKE?

Based on the law, it should take not more than three months.


WHAT VIOLATIONS ARE PUNISHED BY THIS LAW?

1. Obtaining consent for adoption through coercion, undue influence, fraud, improper material inducement, similar acts
2. Noncompliance with procedures and safeguards provided by law for adoption
3. Subjecting or exposing the child to be adopted to danger, abuse or exploitation


WHAT ARE THE PENALTIES?

Biblical basis of this blog