Wife discovered that her husband has a child by another woman. Can she have her marriage nullified?

Posted by Chato Olivas at 6:00 PM No comments: Links to this post 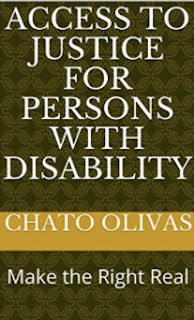 Now available on Amazon. Just click www.amazon.com/dp/B075H8MXNP.
Posted by Chato Olivas-Quinto at 3:41 PM No comments: Links to this post

Biblical basis of this blog